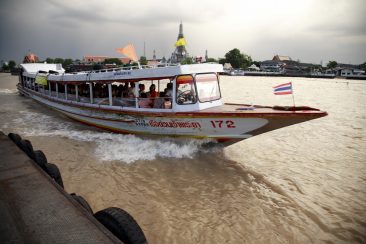 Although we love you to tell you more about ourselves; this is not about us at all. This is about the people of Thailand, that they may hear the good news about salvation in Jesus Christ.

Religion and the royal family are very important elements of Thai society. The national religion is Theravada Buddhism. More than 94 percent of the Thai people adhere to this religion and the faith has a major influence on cultural and public life. Every Thai man retreats as a ‘bhikkhu’ (‘begging monk’) for a few years in a kind of monastery community (‘sangha’). Several thousand of these communities exist. Thai Buddhism shows a high degree of tolerance towards other religions.

Other religions in Thailand are Hinduism, Christianity (predominantly Catholics with a high concentration in Bangkok, where multicultural citizens of Indian, Chinese, Japanese and European descent live) and Islam (about 4% of the population). Islam is mainly adhered to in the southern provinces near the border with Malaysia. A very small proportion of these Muslims are fighting to separate from Thailand. Sometimes bombings take place. It makes the border areas a less frequented destination by tourists during these troubled periods. For example, in April 2004, at least 74 insurgents were killed in fighting between the Thai army and rebels in the Islamic South. The government accused militant Muslims of a wave of violence that began in January of that year. Sixty people were killed and they feared a return of Islamic separatism in southern Thailand.

Forms of animism, or spirit worship, are commonplace and enduring in the Thai lifestyle. Most Thai people still believe in the powers of the supernatural and are convinced that they are interwoven with daily life. Tattoos, amulets, fortune tellers and shamans still play an important role in everyday life. The Thai world is full of “phii”, or spirits, for which spirit houses (“phra phum” is the old name in the Khmer language) must be built. They come in all shapes and sizes from the very small to the very large. The house is intended to provide shelter to the spirits that could cause all sorts of problems if not appeased. There is always burning incense, as well as offerings of food and fresh flowers. Thai people firmly believe that if the spirits are happy, their homes and workplaces will also be safe and happy. The presence of spirits (phi) is a widespread belief and something which the Thai do not take lightly. Thai people believe there are spirits (good and bad) everywhere, so they live in constant fear because they must be kept happy.

We are very pleased that OMF is our sending board and are very thankful for the support we receive. Since Jesse is Dutch, and Katrien, Flemish (Belgian), both OMF Netherlands and OMF Belgium assist us, as do our sending and supporting churches, and our home front team.

OMF Thailand has accepted us as missionaries in their field as well.